Through the fog of millenia, foreign language, and unfamiliar cultural contexts, it is easy for Christians in the twenty first century to miss the specific relevance of some passages in Scripture, especially the books of the “minor prophets” in the Hebrew Scriptures, expecially the queer references. When, with the help of suitable guidance, we do explore these, we may find some powerful material for reflection. I have found precisely that in a piece by Michael S. Piazza, “Nehemiah as a Model for Queer Servant Leadership” (In “Take Back the Word”

The first likely question from those unfamiliar with the background (let alone even the basic story of Nehemiah), is what makes this a “queer” story? The answer depends on appreciating the cultural background, and in turn casts some light on several other passages from the Hebrew Scriptures. 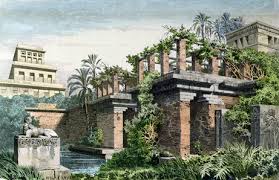 Nehemiah was one of many Hebrews taken to Babylon as a slave, where he was engaged as a “cupbearer” to the Persian king Artaxerxes (the Persians had replaced the original Babylonians as rulers) .

The purpose of a cup-bearer was not simply to carry the wine glass – it included the responsibility for tasting and testing all the king’s food and drink, against the possibility of poisoning. As such, it was a position of great responsibility, and personal intimacy – and it was standard practice for slaves in positions of such personal intimacy in the Royal household to be castrated. It is likely, then, that Nehemiah was a eunuch. (According to one historian, cupbearers to the king were always the most attractive men). Living in such close proximity to the king, and sharing in his meals, also meant that he shared in a life of great luxury – almost as much as the king himself.

That’s the background. The point of the story in the Bible, is that some years after the first wave of Hebrew exiles had been allowed to return to Jerusalem, where the temple and the city walls had been destroyed. Without the walls for defence, the city was vulnerable to repeated attacks by its enemies.  Nehemiah became convinced that the Lord was calling him, too, back to Jerusalem, to do something about it.  Now, remember that Nehemiah was a cupbearer, used to luxury,  and not a soldier, a politician, or a religious leader. Nevertheless, he responded to God’s call, and secured permission from the king to return.

When he returned, he was initially ridiculed  for his presumption in undertaking such a preposterous task – he, who had not the skills or experience to undertake such a great project. But he set to regardless, and ultimately succeeded.

Michael Piazza, in his reflection on the story, uses it as a metaphor for the task that we as lesbigaytrans people in the church can face. There is asense in which the wider Christian church, having lost its way in rejecting its own people, and placing (possibly mistaken) biblical literalism above the more fundamental lesson of love,  can be seen as a church which is broken and in need of rebuilding, just as Jerusalem needed to rebuild its temple.

Like the eunuch Nehemiah, we are sexual outsiders, and can easily be dismissed by the church for our lack of approved skills and insider accreditation as pastors – but we too are called by God to help in rebuilding God’s church. With application, prayer and God’s help, we too can prevail – just as Nehemiah did.

Adding to the power of Piazza’s telling, is his own record with the Cathedral of Hope in Dallas, where he is the senior pastor. This was founded in Dallas in 1970 – hardly the most obvious place for a gay friendly church. But in the years since, it has become the world’s largest gay and leasbian megachurch. Nehemiah rebuilt Jerusalem against the odds, and the Cathedral of Hope defied its location and prospered as as church serving an LGBT congregation.

We can and must do so for the wider church.