In the modern popular imagination, the middle ages have generally had a bad press, compared unfavourably with the classical civilizations which preceded it, the Renaissance flowering which followed it – or even the Islamic and Byzantine centres of scholarship and learning alongside medieval Europe.  However, the thousand or so years between  the fall of Rome and the high Renaissance cover a wide range of conditions. In the midst of this period, at the start of the second millenium, lies a period which deserves greater attention from anyone interested in the history of the church, or of homosexuality, or (most particularly) of the intersection of the two. This was a period of the most visible, most public "gay" sub-culture in Europe before the late twentieth century.  It was also a great age of church reform  – and despite strong pressure from vocal opponents, the church reformers generally ignored it. 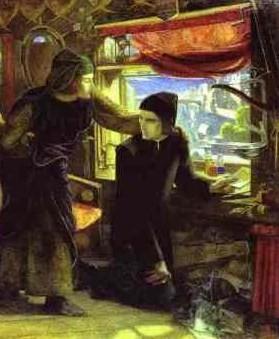 Anselm, Archbishop of Canterbury from 1093 – 1109, is important for the evidence he represents that the hostility of some Christians to homoerotic relationships has not always been typical of the institutional church. He has two claims in particular to attention from modern gay and lesbian Catholics. First, he is one of a band of notable medieval clerics who although personally celibate, exhibited a clear homoerotic sensibility, whose affectionate letters to his band of intimate male friends contribute to what John Boswell has described as a “medieval flowering” of a gay subculture, which was not again equalled until the latter part of the twentieth century.    He reminds us also, that just as there was then a homoerotic culture  deeply embedded in the catholic clergy, exactly the same applies today, as Mark Jordan has clearly shown (“The Silence of Sodom: Homosexuality in Modern Catholicism 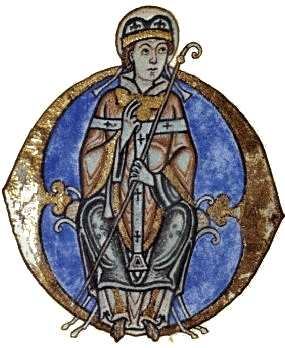 Read some of these letters in Boswell, or read then on-line at Rictor Norton’s Best Beloved brother, extracts from his book: My Dear Boy: Gay Love Letters Through the Centuries

However, he is also important as an early protector of gay men from the rising tide of intolerance that came to dominate the later medieval and renaissance periods, intolerance that persevered today, and is widely mistaken for something which is somehow inherent to the Christian faith.

From the Calendar of LGBT Saints: (April 21):

The Council of London in 1102 wanted to enact ecclesiastical legislation which declared – for the first time in English history – that homosexual behaviour was a sin, and they recommended that offending laymen be imprisoned and clergymen be anathematized.
But Anselm as Archbishop of Canterbury prohibited the publication of their decree, advising the Council that homosexuality was widespread and few men were embarrassed by it or had even been aware it was a serious matter; he felt that although sodomites should not be admitted to the priesthood, confessors should take into account mitigating factors such as age and marital status before prescribing penance, and he advised counselling rather than punishment.


Boswell, John: Christianity, Social Tolerance, and Homosexuality: Gay People in Western Europe from the Beginning of the Christian Era to the Fourteenth Century

Jordan,Mark D: The Silence of Sodom: Homosexuality in Modern Catholicism